The Darwin200 team has been visiting the stunning Isle of Lewis, the largest island of the Western Isles or Outer Hebrides archipelago in Scotland. The total area of Lewis is 683 square miles (1,770 km²).

These are some of the most fascinating and beautiful islands in the world with so much history and culture and as we’ve had such an incredible and memory-filled time here, we wanted to share our experiences of the few days we’ve had there as we sheltered from inclement weather.

First up are the spectacular Callanish stones, which are thought to be over 5,000 years old (older than the Egyptian pyramids). They were used for over 1,500 years as a ceremonial and religious centre. There are over 20 stone circles and monuments on the Isle of Lewis, including 3 other stone circles nearby. To touch these ancient, 5 metre high stones and to think of the centuries upon centuries which they have witnessed really gives perspective. 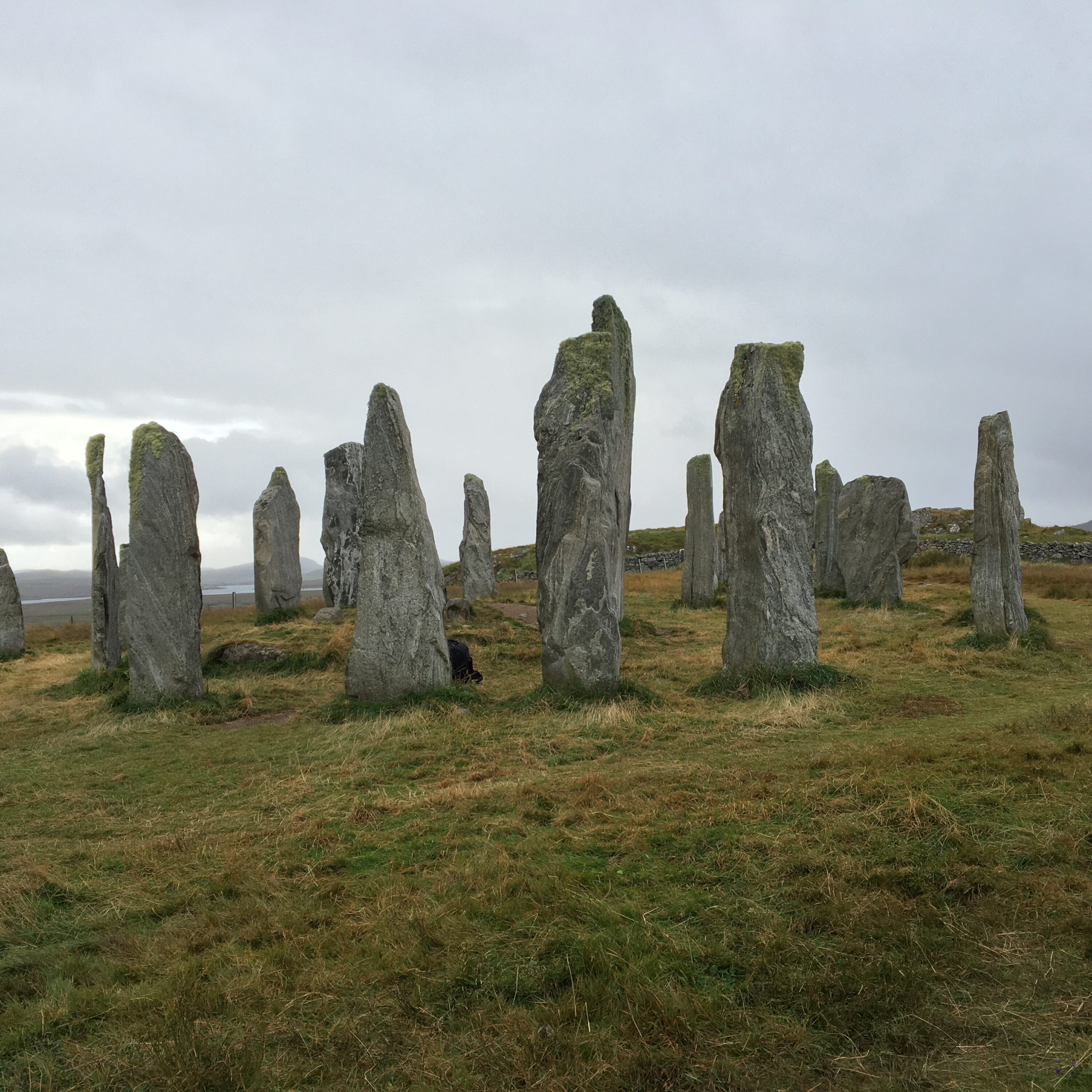 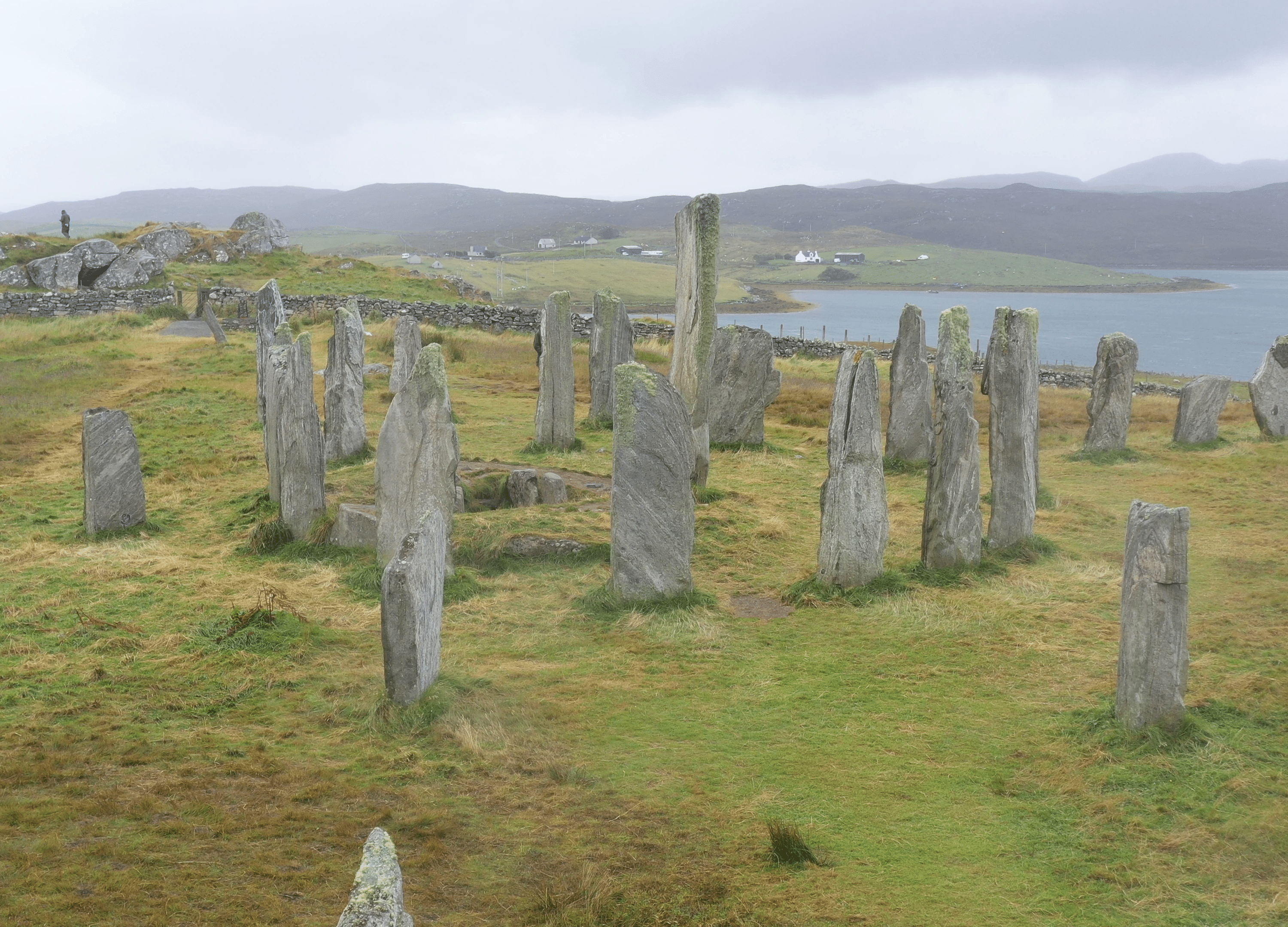 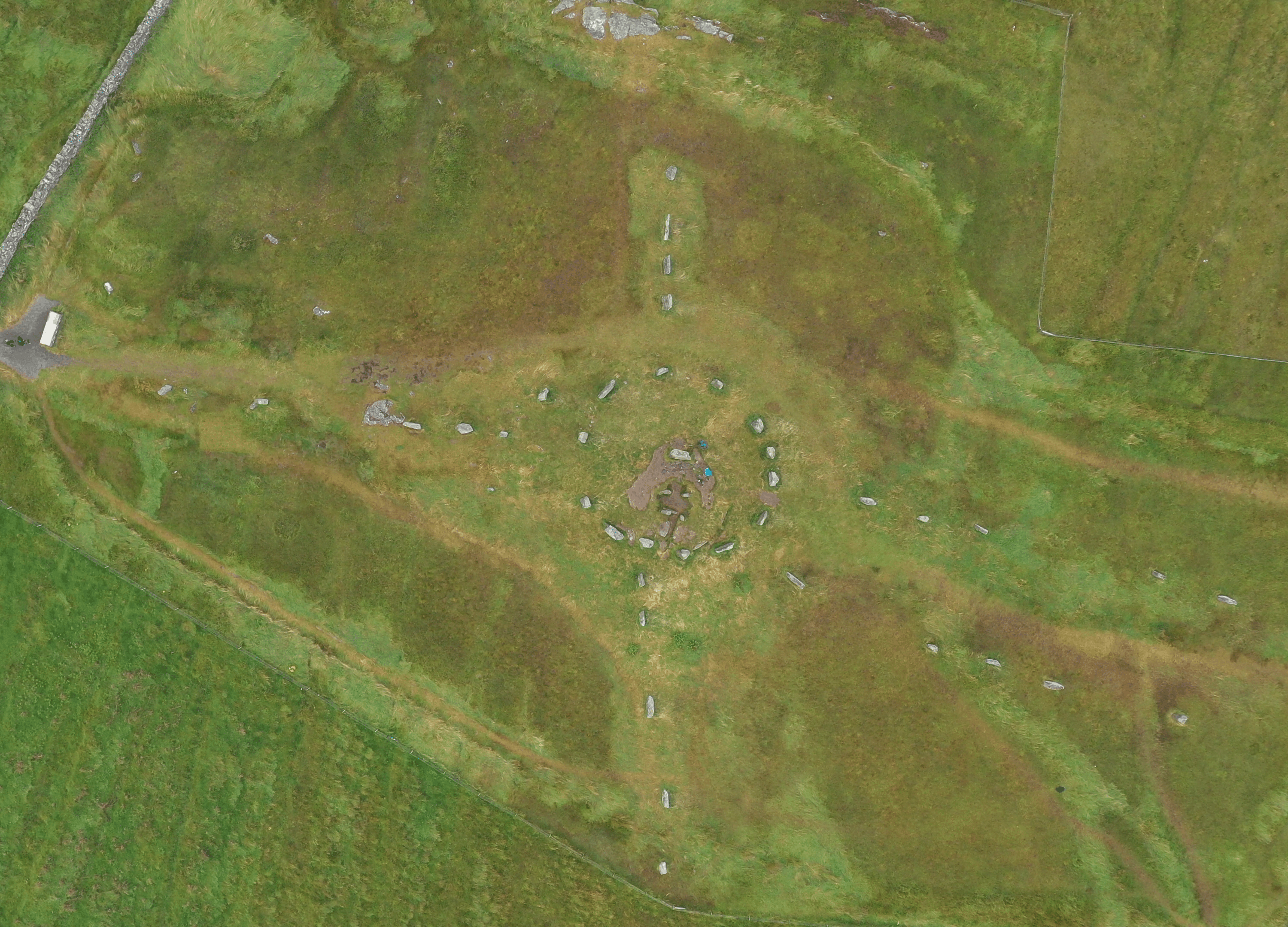 This whalebone arch on the Isle of Lewis has a pretty amazing story. So these are the jaw bones (mandibles) of a blue whale which washed ashore onto the Isle of Lewis in the 1920s. The whale had been hunted by whalers and had been shot with two harpoons with explosive heads.

One harpoon exploded and injured the whale. The other lodged into the whale without exploding. The whale evidently escaped the whalers but mortally injured, it later died and washed ashore.

Some of the islanders on Lewis collected the bones and found the unexplored harpoon head, which they took back to someones house. But it exploded and blew a hole in the garage wall. Amazingly, no one was hurt.

But in memory of the event, the whale’s jaws were erected as this arch, with the harpoon head dangling from above!

Whales are now strictly protected in British waters, and happily, most species have been recovering dramatically in recent years including even blue whales. 2019 saw record numbers around the UK Overseas Territory of South Georgia and the South Sandwich Islands! 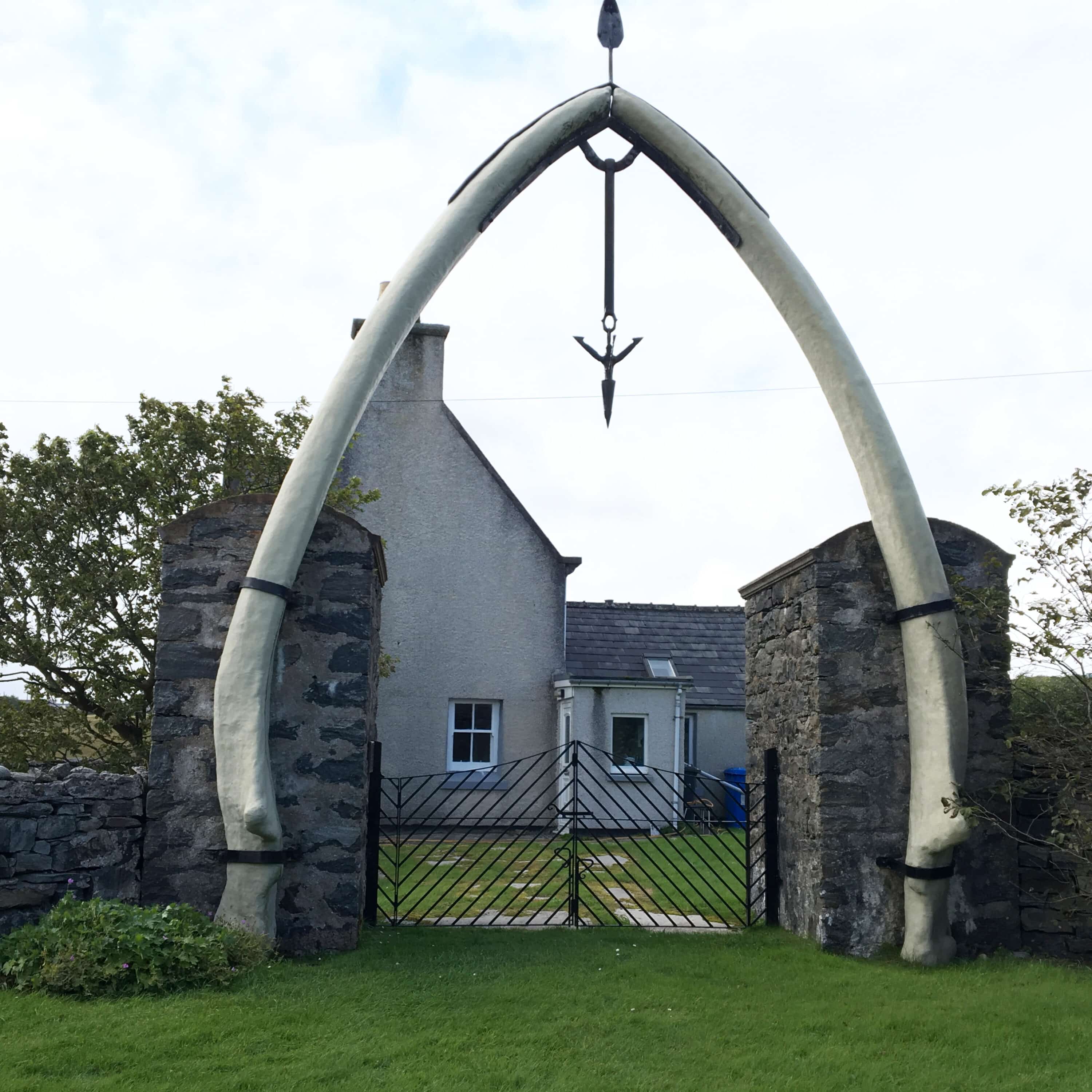 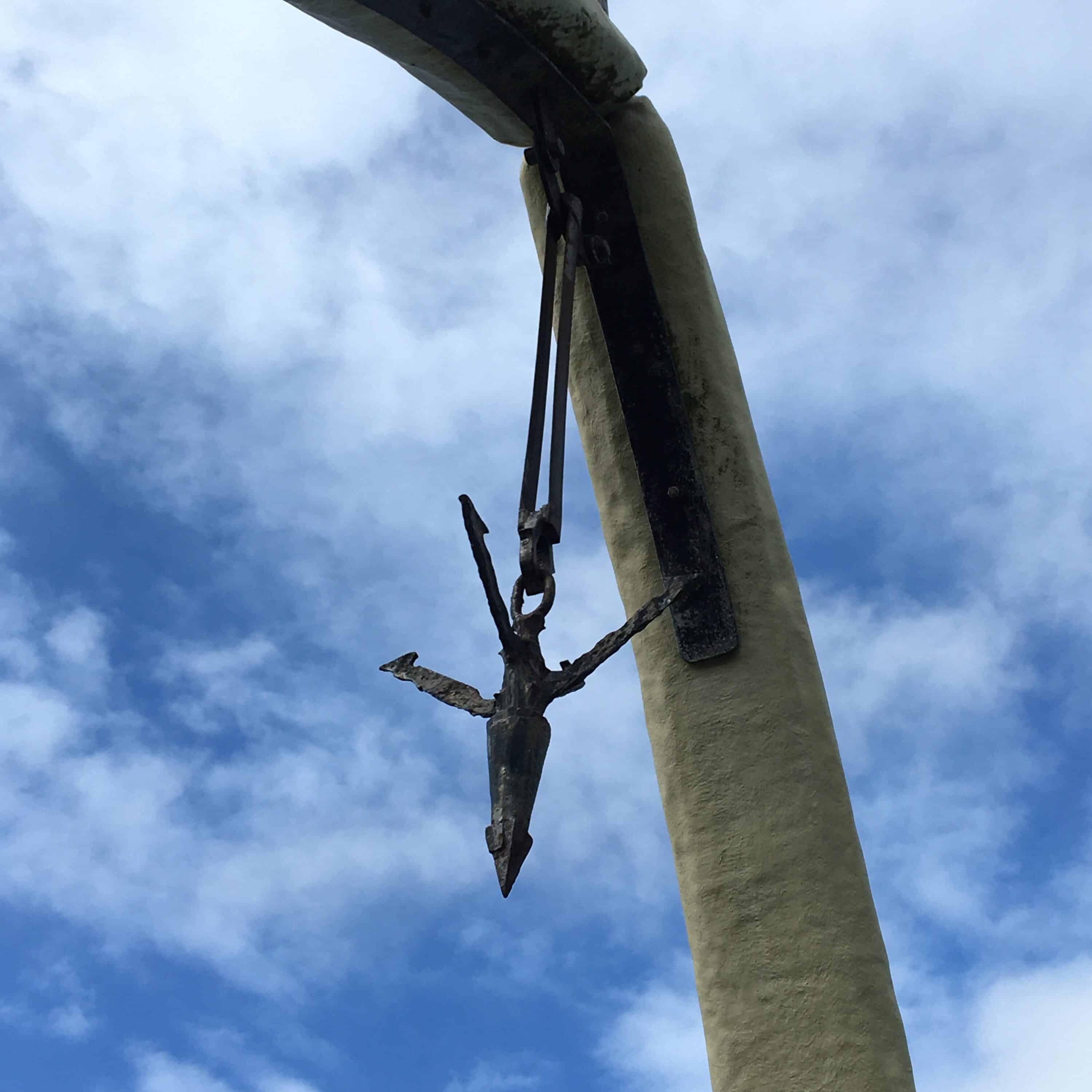 We visited the traditional Scottish “black house” villages Gearrannan, on the Isle of Lewis. These traditional dwellings were inhabited until the 1970s.

They are pretty amazing structures. Each black house has a double door to keep warmth inside during winter, 1 metre-thick stone walls with insulation and a thick, thatched roof with grass planted around the edges to seal the warmth inside.

In the houses, peat was burned. Peat is still harvested from the moors and heathlands to this day, and still burned in houses across the Hebrides as fuel! 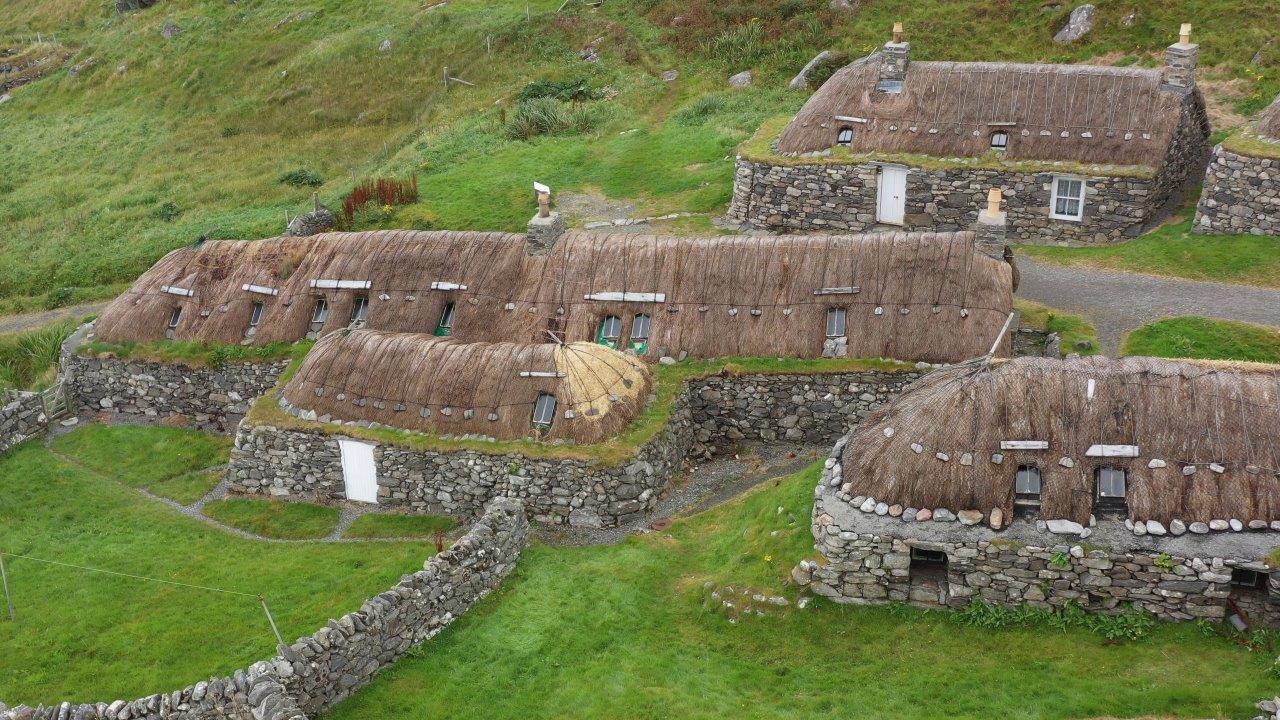 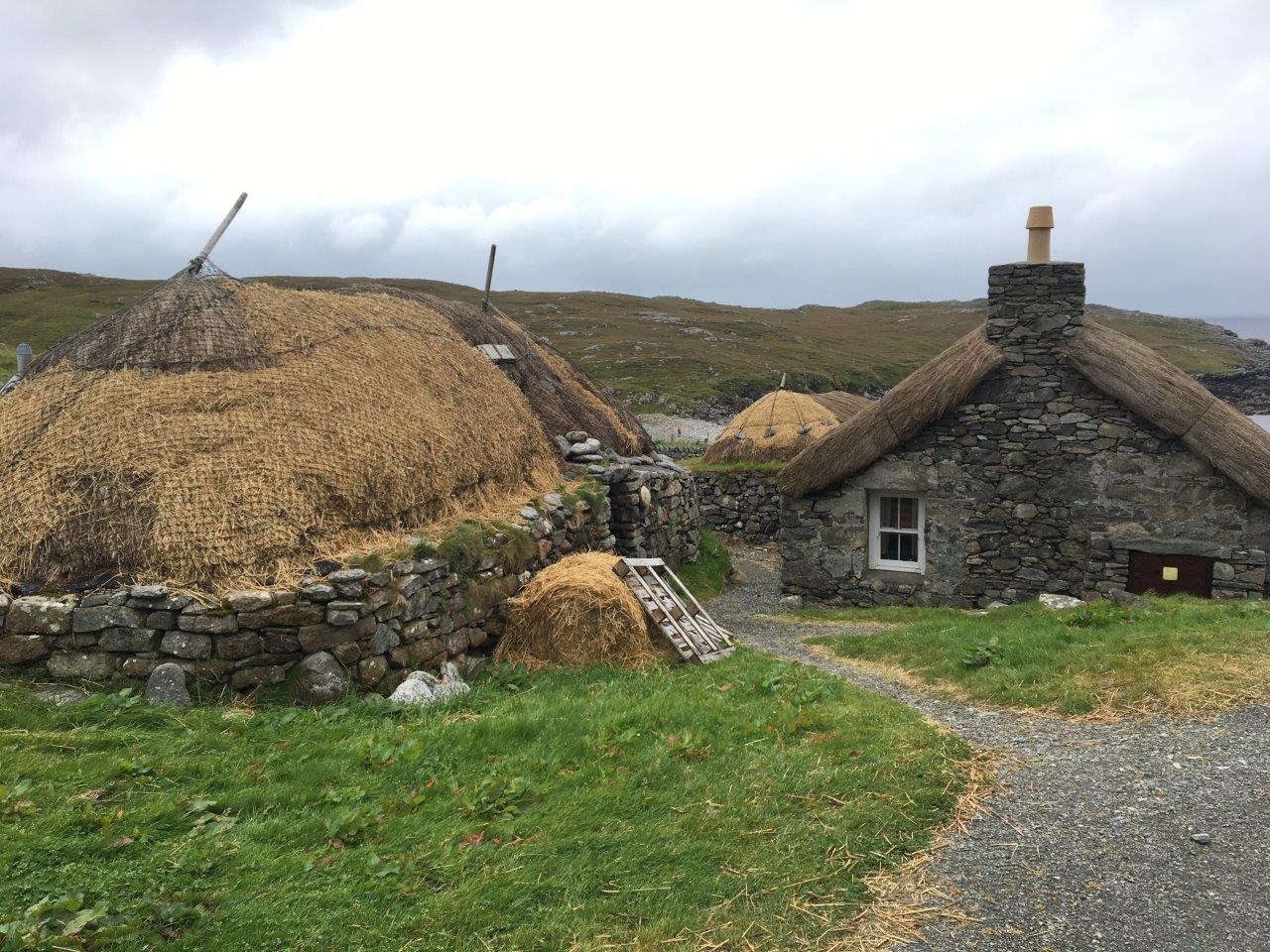 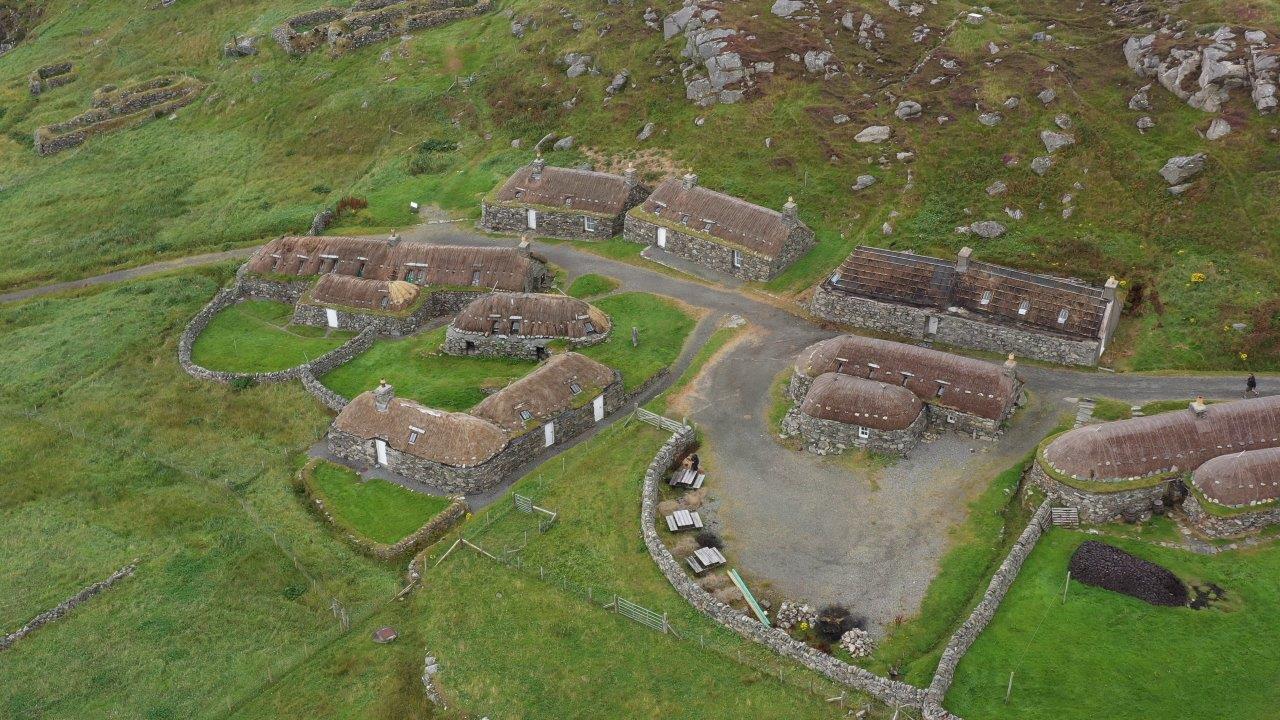 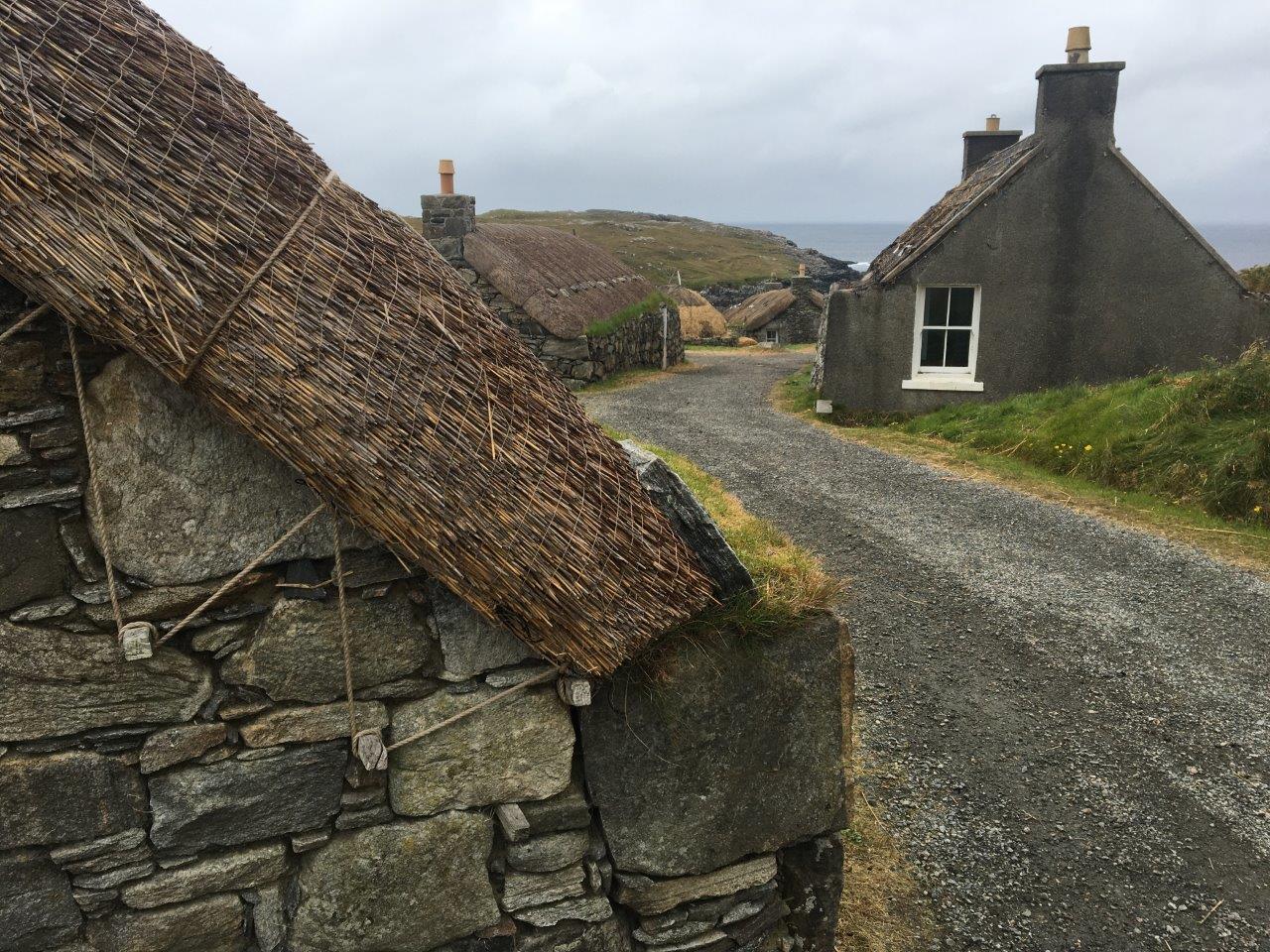 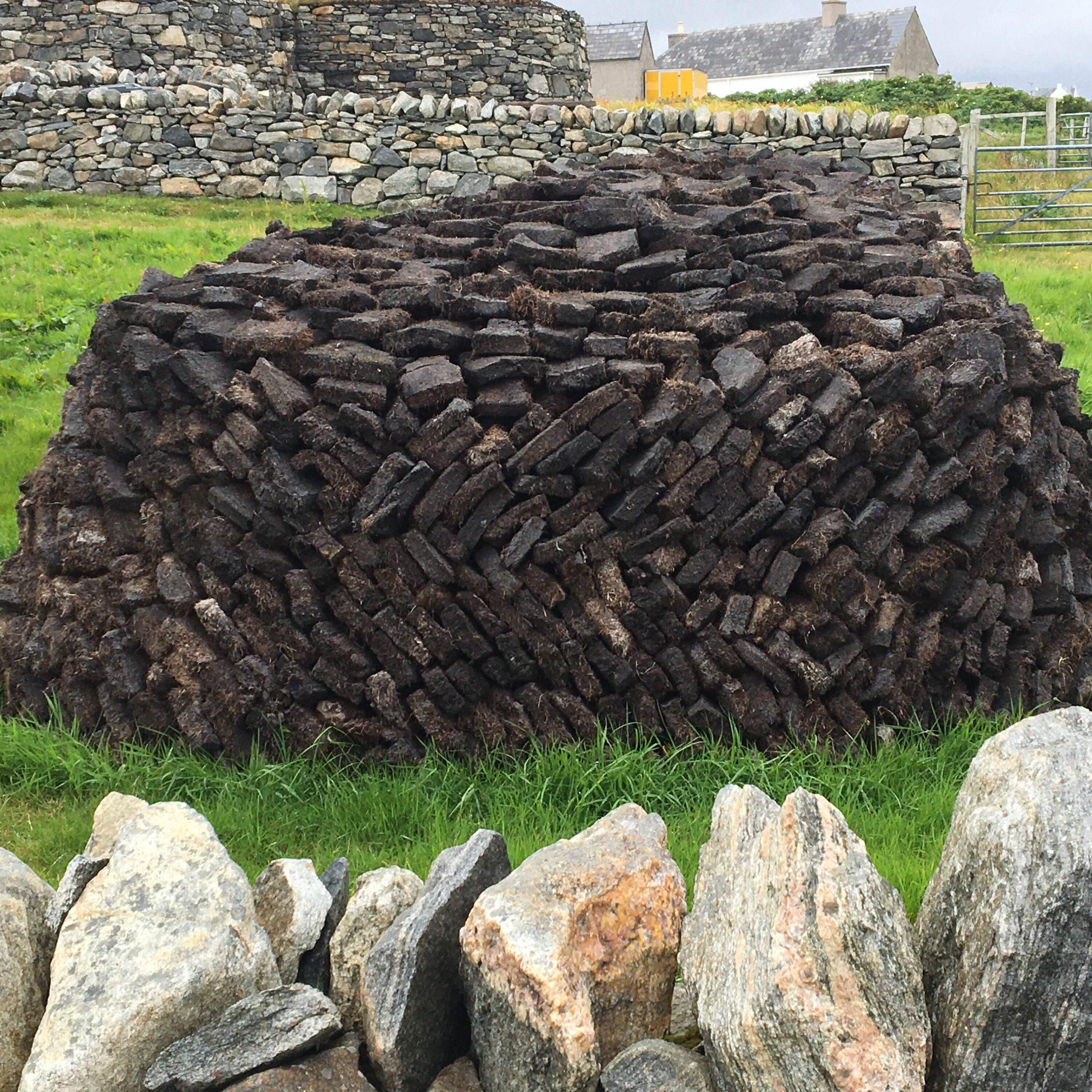 This is a pile of peat!

We conducted our first ever Darwin200 live lecture on Isle of Lewis where we shared these same experiences as documented here with schools across the UK, US,
Canada and India! Special thanks to ‘Explore By The Seat of your Pants’ for making this happen. We also got the chance to talk to other members of the crew, both voyage and scientists, and our lead scientist, Dr Charlotte Braungardt, did a live demo of how we collect water column samples after a viewer asked this very question! 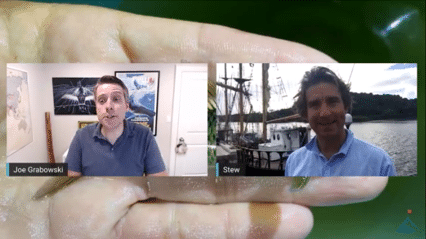 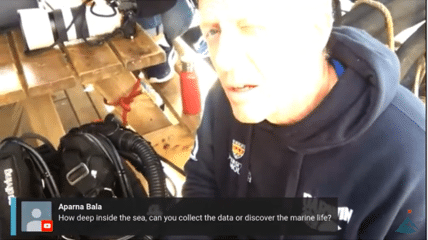 Marine biologist, Dr Rohan Holt, explains the depths they can go to when they undertake a dive and shares that their dive gear doesn’t emit any bubbles, which is obviously great for not disturbing the homes of our very important ocean dwelllers! 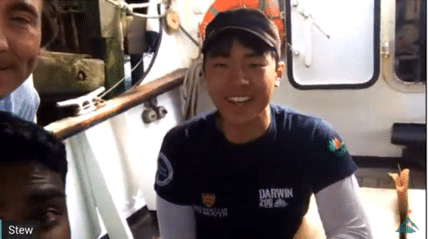 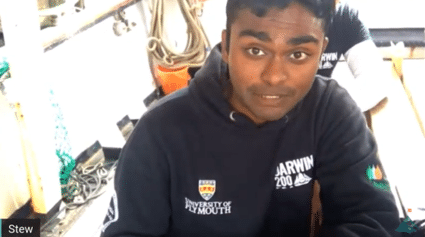 Ash gives a great account on how these Hardtacks taste! 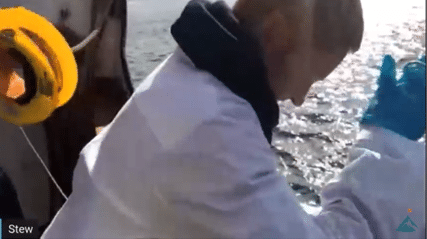 During the Darwin200 Voyage, in addition to our regular activities concerning science and tallship sailing, we are also trying to understand the lives of 19th century sailors.

Yesterday, we had a hardtack bake-off!

Hardtack are traditional ship’s biscuits. They are basically flour and water baked rock hard. 19th century ships often filled their hulls with hardtack, which would last many months or even multiple years! They were famous for being filled with weevil beetles and larvae (not surprising in an age before refrigeration and plastic storage).

In our bake-off, each Darwin200 participant had to work out their own recipe, create their own design and bake for the amount of time they thought would work best!

Hardtack can be as hard as concrete! The biscuits were known as “teeth-breakers” and it is no exaggeration. It was said you looked at it for breakfast, sucked it for lunch and ate it for dinner!

Some of the hardtack that was made was quite original! Well done to the three prize-winners! We now have enough hardtack to last us until the end of the UK Voyage! 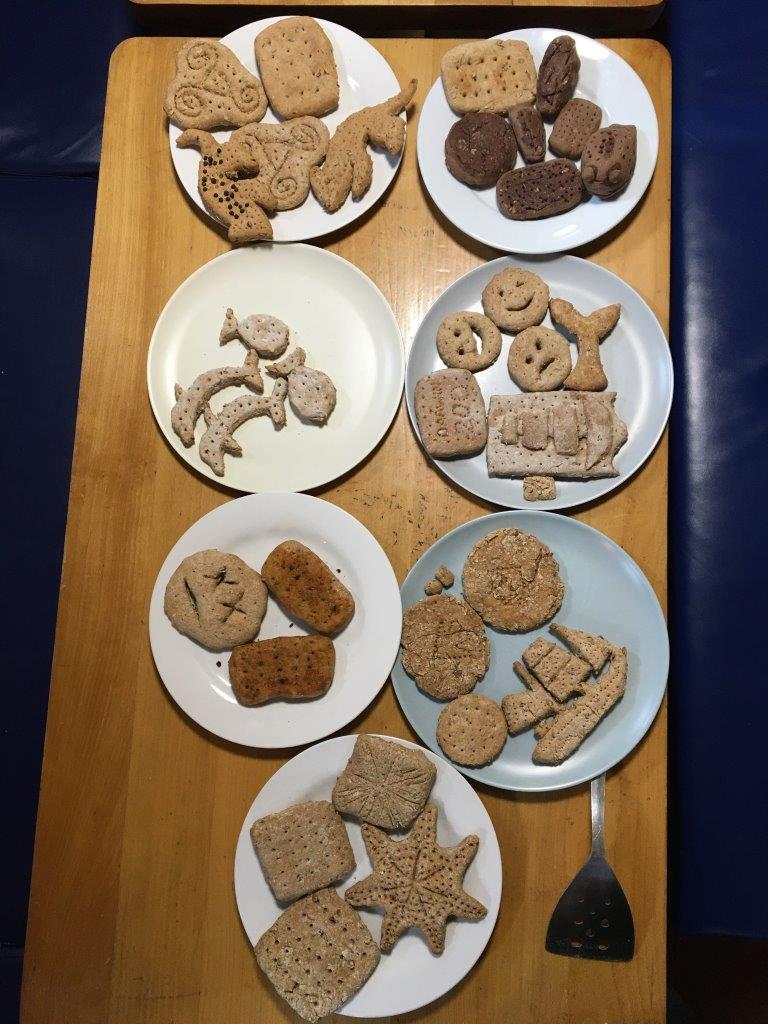 The bakers clearly got super creative! 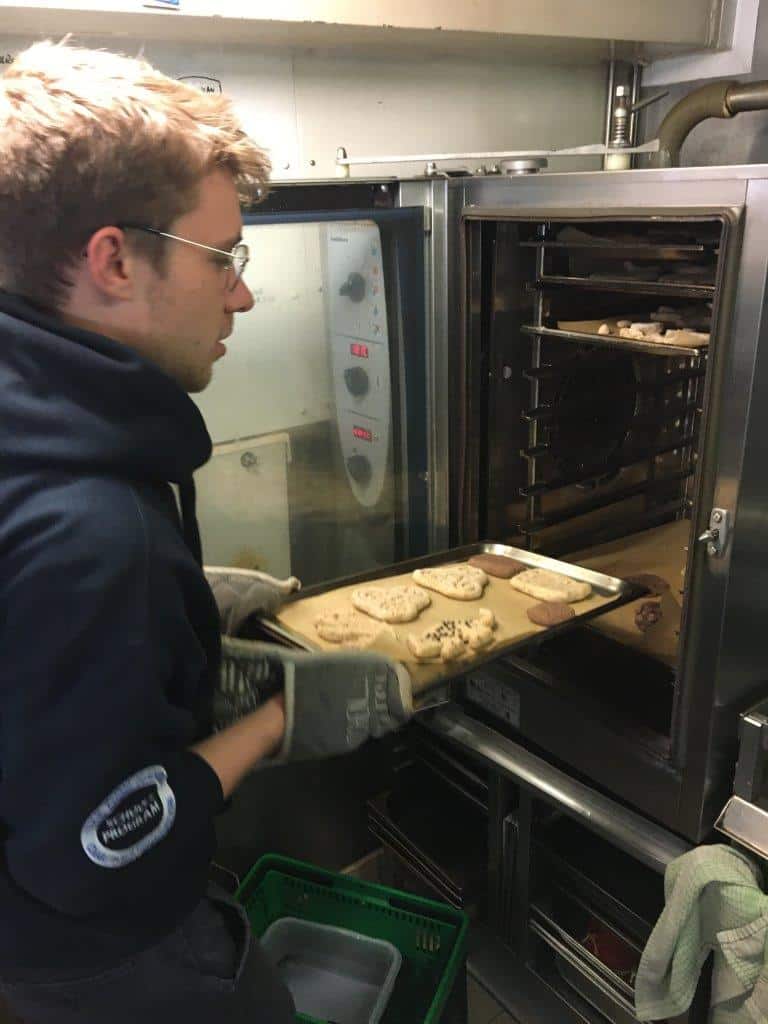 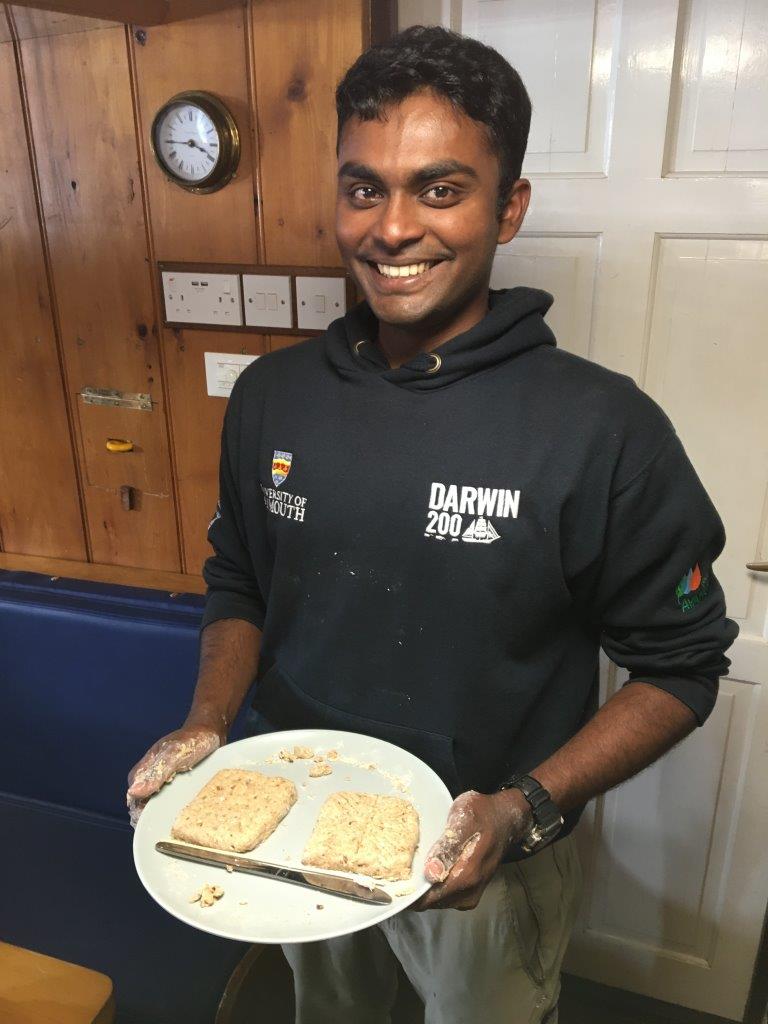 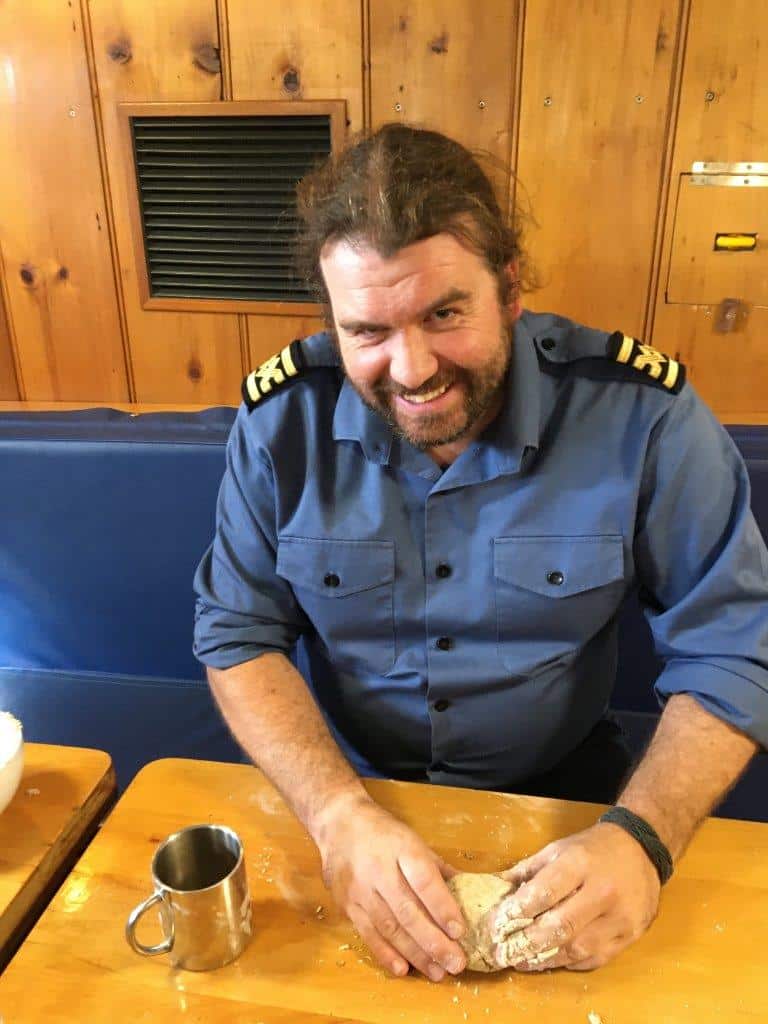 Captain Ben Wheatley isn’t so sure about these Hardtacks! 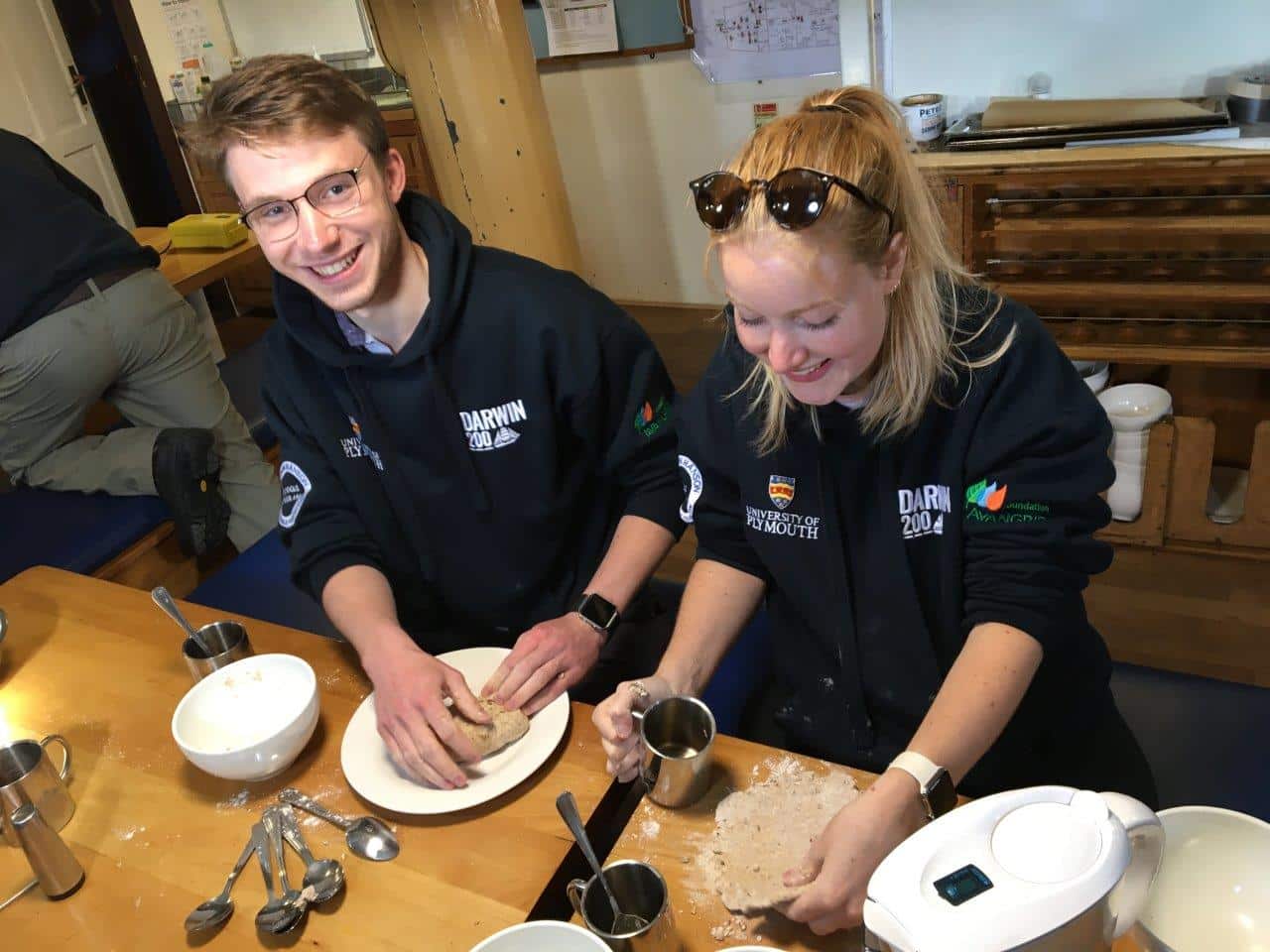 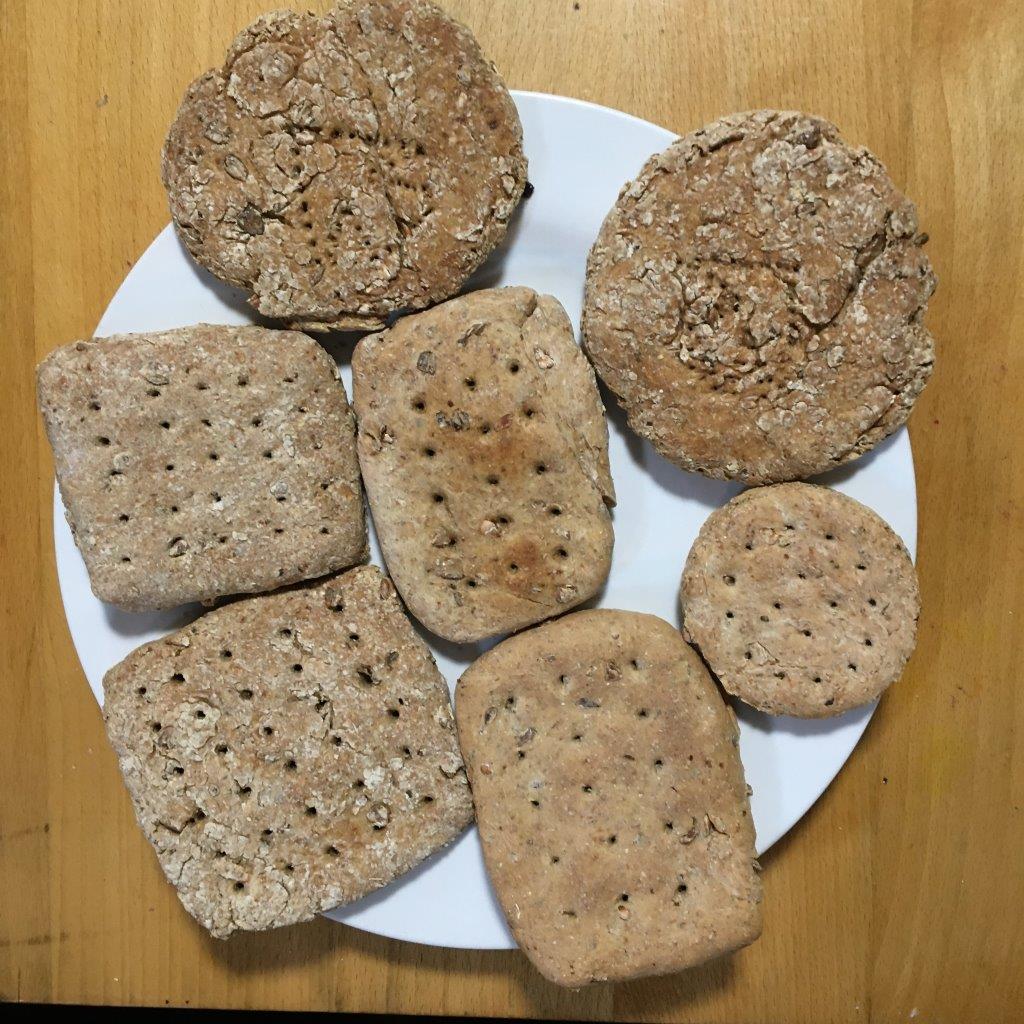 We've had absolutely breath-taking weather lately, with glass seas and…

Sights of Hebrides and Skye

We.ve seen some spectaular sights while we're up here in…

The Darwin200 Young Scientists are undertaking a series of research…

The dive team brought us a collection of starfish for…

Any cookies that may not be particularly necessary for the website to function and is used specifically to collect user personal data via analytics, ads, other embedded contents are termed as non-necessary cookies. It is mandatory to procure user consent prior to running these cookies on your website.